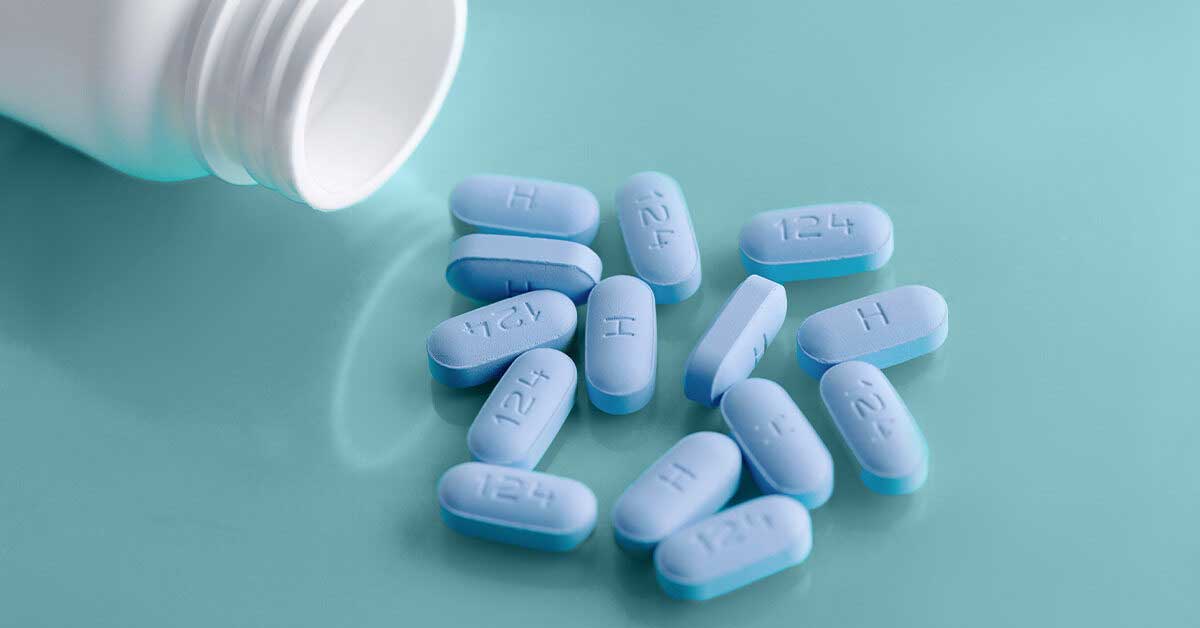 HIV Prevention starts with me!

The world has seen tremendous advances in HIV treatment and prevention over the past few decades. Although this progress is a reason to celebrate, we likewise need to examine how it can lead people to falsely accept that HIV is no longer a serious medical problem. People the nation over — including ladies — proceed to get and send HIV paying little heed to progress in years, race, ethnicity, and sexual direction. HIV is as yet an undeniable issue, however, it is preventable.

PrEP or pre-exposure prophylaxis is a medication for individuals with a high risk of contracting HIV from sex or infusion drug utilization. This is recommended by the Center for Disease Control (CDC) under the HIV prevention strategy. It is accessible just on remedy in many spots. The PrEP medication is sold as Truvada and Descovy endorsed by FDA and it is a blend of two medications, tenofovir, and emtricitabine taken accurately to keep HIV from grabbing hold in your body. 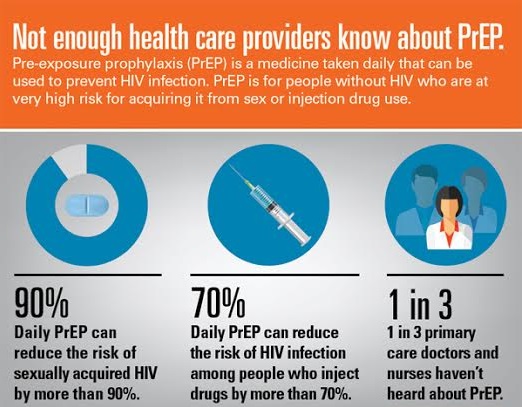 Who should take PrEP?

PrEP is for anyone who is HIV-negative and requires added protection from HIV as they are at high risk of being exposed to HIV through sex or drug injection as well as ready to take a daily pill. Some of these include:

PrEP provides about 99% protection from HIV and is effective for sexually-active gay and bisexual men, heterosexual women and men, injection drug users; and transgender women. PrEP is likely to protect anyone whose partner has HIV. Your health care provider would help you decide if PrEP is an option for you. Before starting PrEP is it important to consider: how often you and/ or your partners use condoms; whether you know the HIV status of your partners or if they are on HIV treatment; and/or whether you have been exposed to any sexually transmitted diseases (STDs).

PrEP protects you and your baby from HIV if you are considering getting pregnant with an HIV-positive partner. PrEP also protects you during pregnancy, or while breastfeeding.

How effective is PrEP?

PrEP is very effective when taken as prescribed. As per the U.S Centers for Disease Control and Prevention (CDC), a daily dosage of PrEP reduces the risk of contracting HIV from sex by more than 99%. In people who inject drugs, PrEP reduces the risk of contracting HIV by more than 74% if used without fail. And using condoms and PrEP together helps you stay even safer.

PrEP doesn’t prevent other sexually transmitted infections, like gonorrhea and chlamydia. So use condoms along with PrEP to help you avoid other STDs and give you extra protection against HIV. PrEP protects from the transmission of HIV as well as HIV taking hold in the body but the protection is not 100%. Condoms provide that extra protection from HIV, even while you are on PrEP. To ensure greater protection from HIV it is advised to combine PrEP with other ways like condoms. Unlike PrEP, condoms also protect against sexually transmitted (STDs) and prevent unwanted pregnancy.

Are there any Side-effects of PrEP?

PrEP is safe to use. But, occasionally it can have mild side effects like upset stomach, dizziness, feeling sick, headaches, and weight loss, mainly at the beginning of treatment. These side effects usually last for a few days and might stop within a month. If these do not stop it is important to contact your doctor.

Rarely, people with pre-existing kidney problems might have issues with PrEP usage, thus it is important to have a kidney function test before starting PrEP. Also, PrEP usage might lead to a very small reduction in bone density. The bone density would not get worse with ongoing PrEP use and would return to normal after stopping PrEP.

PrEP side-effects might be minimized by using PrEP when it's possible to change from daily dosing to non-daily dosing, or taking PrEP only during times of known risk (such as before holiday). Just because these side-effects are rare does not make them insignificant. You require the right information and support strategies before starting PrEP. 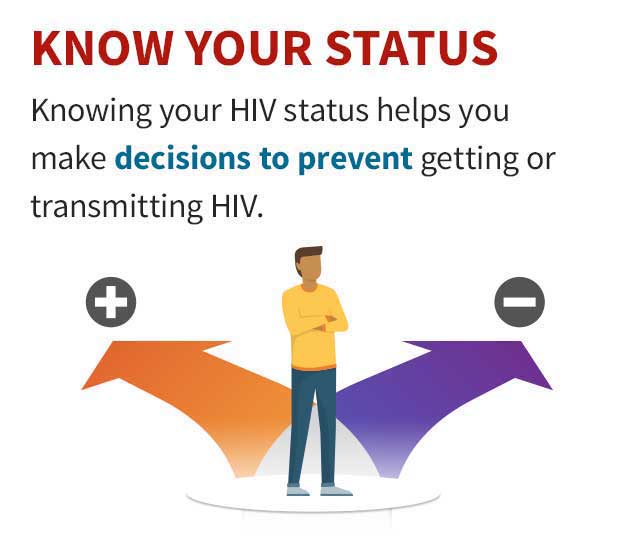 How can I get PrEP?

PrEp is available at health clinics, local health departments, doctors’ offices, and pharmacists’ offices. Your health care provider will talk with you about the sex you have, the protection measures you use, and your clinical history to check whether PrEP is ideal for you. They'll likewise give you tests for HIV, Hepatitis B and C, and different STDs. They would also, test your kidneys to ensure they're functioning properly.

Laws to buy PrEP online is different in countries. It is important to check the local laws of the country from where you are buying PrEP. You can purchase PrEP online or from a pharmacist with a valid prescription from your doctor or GP.

How often should I get tested for HIV after taking PrEP? 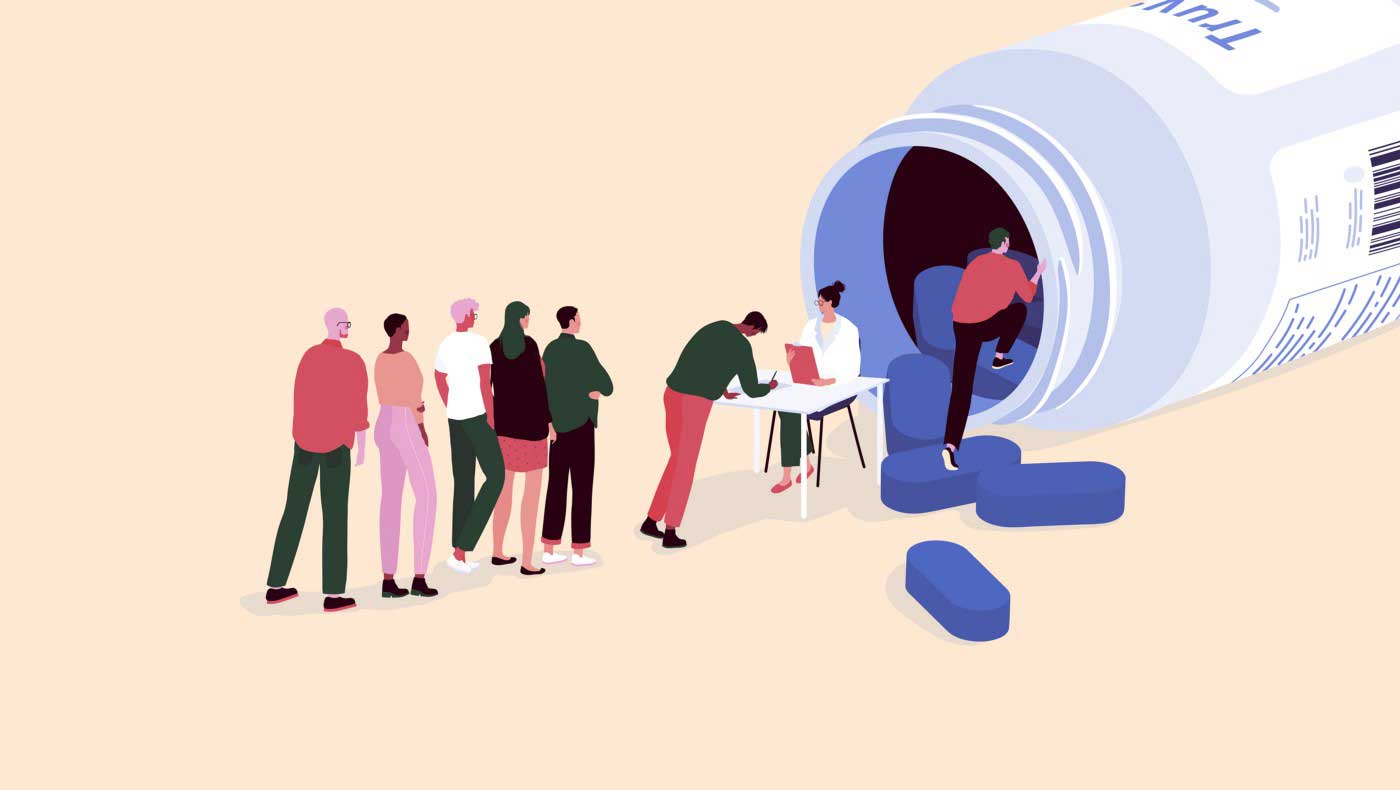 PrEP provides about 99% protection and when used consistently daily reduces the risk of contracting HIV. You should be fairly confident in your HIV test results; also using a rapid HIV antibody test could be preferred.

You are at high risk of seroconversion if you are not using PrEP consistently daily. Using an RNA test is more reliable in case you are in the “window period” of early HIV infection.

Do you think you have already been exposed to HIV? You should get tested. People who might have been presented with HIV in the beyond 72 hours might be keen on post-exposure prophylaxis (or PEP). PEP is a 28-day pill remedy that when taken as prescribed, can assist with forestalling HIV contamination. Call your healthcare provider if you think you want PEP, or go to your nearby crisis office or critical consideration office.


If you or anyone you know is suffering from HIV ASP Health will take care of your health and help you recover.

Contact us to book an appointment with our specialists.